In THE TRAVELER rhythmic notes tell the story of how a Swedish song made its way to Turkey in the beginning of the 20th Century, and how it has remained popular in both countries to this day.

View the video online through Riksidrottsmuseet. 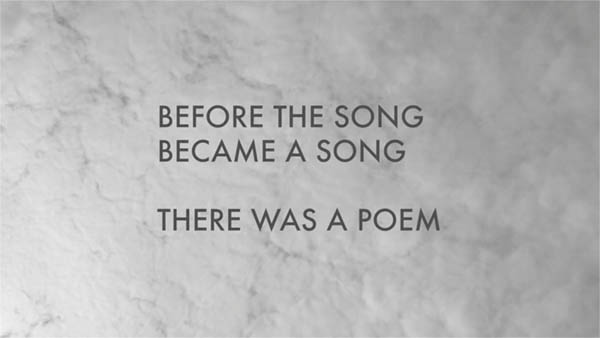 “Andersson’s The Traveler (2019) takes the form of an educational video on Tarcan’s discovery of a song written by the Swedish poet Gustaf Fröding, who disliked urbanization and idealized rustic society. Tarcan adapted this song, “Tre trallande jäntor” (Three Carolling Girls), to a Turkish context, turning it into a youth anthem with lyrics expressing a desire for physical activity and a return to nature. In The Traveler, Andersson identifies the song as a metonym of Turkey’s modernization, and conveys its enduring popularity in Turkey by incorporating footage of basketball fans in Istanbul singing it.”

Excerpt from a review in Art in America by Kaya Genç of Forward, March! at SALT Beyoğlu; “Maria Andersson and Nancy Atakan Unearthed a Historical Agenda to Modernize Turkey — through Gymnastics ”, November 2019.

“ I catch Maria Andersson’s five-minute video The Traveler (2019) at the scene when a group of people are passionately singing the Youth March on top of the Atatürk Monument in Taksim Square. This sound inevitably gives me goosebumps just as it had throughout the first twelve years of my life on national holidays. While we might not feel a deep commitment to the patriotic and national values of the march, singing this melody and the lyrics alongside a group of people evokes strong emotions in most of us. This shared emotional response among citizens of Turkey is also confusing — is this a learned response that is derived from the Turkish nationalist agenda or does it correspond to universal emotions of unity and togetherness?

At the expansive entrance of SALT Beyoğlu that opens to Istiklal Avenue, we encounter the Youth March, which is the soundtrack to Andersson’s video. As the viewer walks into the high-ceilinged, rectangular exhibition space, they become aware that they are also stepping onto an almost-real-sized basketball court — they are surrounded by the gray dashed lines of a sporting venue. In the video, Andersson reveals that the Turkish Youth March is an adaptation of the Swedish folk song Tre trallande jäntor (Three Singing Girls). This information that greets viewers as they enter the venue not only points to the international permeability of the cross-cultural, but also questions the boundaries of appropriation within the framework of the notions of the nation-state and sports.” 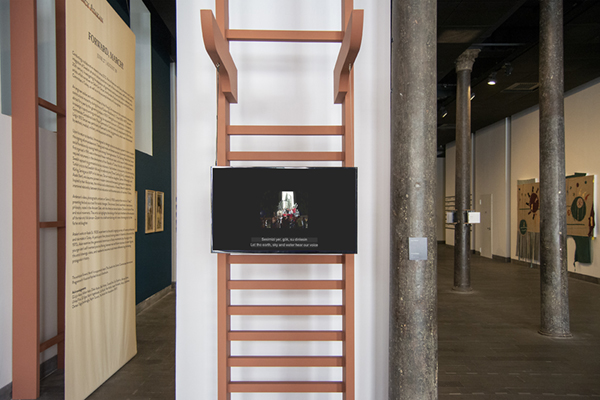